Umurangi Generation Special Edition — available today for Xbox One and Xbox Series X|S with Game Pass — lets you delve into a world where disasters have painted the sky red. Playing as a member of the Umurangi Generation (Te Reo Maori for last generation), you work as a courier for the Tauranga Express who is also an avid photographer. Zip around town capturing these last moments of life on Earth as disaster unravels around you, with each stage taking you closer to the end of the world.

Take pictures however you would like, using a variety of lenses and filters to make your photo capturing potential limitless. Use this freedom of expression to take all kinds of photos, using the objectives as a guide to progress through these war times.

Umurangi Generation focuses on player expression and creative output as part of the game’s core design philosophy where objectives can be completed in thousands of different ways — we’ve seen players find many creative ways of taking a Photo Bounty that we never could have imagined.

This game was inspired by games like Jet Set Radio and Pokémon Snap. It is also particularly made with people who enjoy photography, or retro style art from the early 2000s. This thematic title also boasts great music, letting you settle into the world and become immersed in the life of the Umurangi Generation.

The Umurangi Generation theme came from the developers’ experience of the bushfires in Australia. The roaring fires that painted the skies red were seen as a dystopian omen of the destruction the Earth was experiencing, juxtaposed by the news and politicians brushing off the situation as the “new normal.”

Welcome to the world of the Umurangi Generation Special Edition, available to play today with Game Pass. 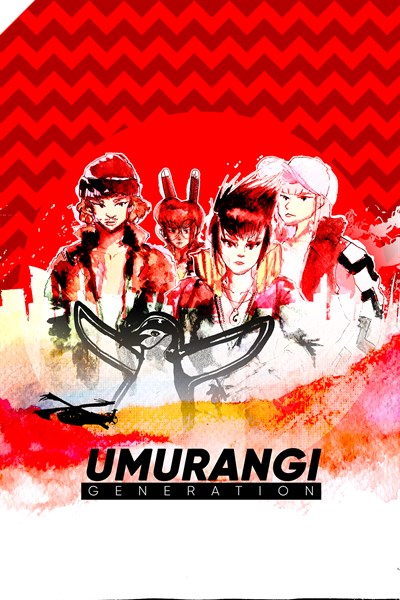 Umurangi Generation is a first-person photography game set in the retro future.

Set in Tauranga, Aotearoa off the back of an impending crisis, major cities are walled off, with the United Nations deploying the military and towering mecha to defend against an alien invasion.

From fighter jets beaming overhead, the sound of constant gunfire and wounded soldiers to the advertising boards in-game, everything you see provides more context to the daily lives of those in Tauranga.

Despite all of that, life goes on… People go to work, party to escape reality, complain about the government and the inequalities between the poor and the rich…

As a courier for the Tauranga Express, you get to travel around Tauranga taking pictures and documenting the world and its reality through the lenses of your camera. Throughout the game, you will unlock a variety of lenses and equipment.

*This version contains both the full PC version, its DLCs, as well as some additional modes.

▼ Unique and expressive grading system
Each photo you take is judged on its color, content and composition. Taking a photo will net you a cash score, which will go towards your final payout. Complete Photo Bounties any way you like. Once you’ve completed these bounties, deliver the parcel to finish the level.

▼ Exploration bonuses on each level
New equipment for your camera is unlocked by finding film canisters, recreating postcards, fulfilling timed deliveries, and finding a way to fit all of your friends in one photo.

▼ Full creative control
Edit your photos and develop your unique color grade. The tools in the game are flexible enough that you can touch up your photos to look better than when you took them. If you are an experienced photographer, you’ll fit right in. If this is your first time, you’ll be on your journey in no time.

▼ Speed run and creative modes
The game offers replayability through two special play modes. The speed run mode tests your gaming skills and is perfect for those up for a challenge. The creative mode, on the other hand, gives you full control over the creative side to achieve that perfect snap, sure to satisfy those of you avid photographers out there.

▼ What is an ‘Umurangi’?
Umurangi is the Te Reo word for Red Sky.